Donate to the American Foundation for Suicide Prevention: https://afsp.org/

Grieving my 47-year-old aunt Jeannine’s suicide has been different than any other grief I have experienced in my time on this earth. It is heavy, it is dark, it is slow, it is hard.

She left so many things behind. Family, friends, loved ones. We all must live now with a story that ended in a nightmare. We hurt for our grief, but we also hurt for the pain Jeannine felt in those final minutes. We want the chance to go back in time, to take some of that pain off her shoulders. To write a different ending.

Sometimes suicide grief is weird. I’ve had so many thoughts and emotions. Anger, compassion, pleading, confusion, an insatiable hunger for answers. I’ve been mad at the inanimate objects that were in her apartment because they witnessed her die and did nothing. I’ve had to think long and hard about which of the items that were in that room I wanted to keep. A million weird things have passed through my head as I frame our life ‘after.’ 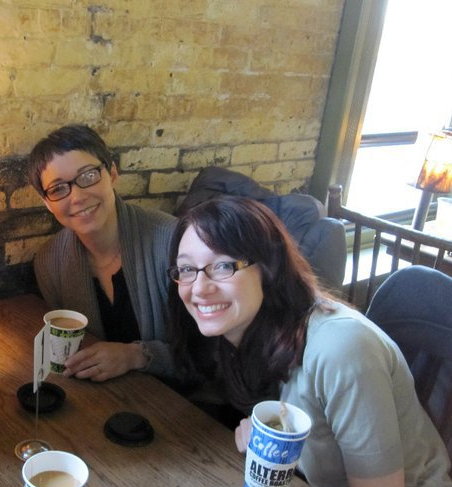 She left so many things behind. Her gemstones, her clothes, her records, her movies, her furniture, her art, her jewelry, her dishes, cookie cutters, board games, pictures, books.

We have an abundance of journals. Part of my grieving process has been, in small pieces, to read her heart on those pages. At first, I wanted answers. Sometimes, I was mad. Now I am trying to understand.

You see, to many who knew her, Jeannine was a bright spot of sunlight on a cloudy day. She paid attention to the little things. She saw people, and helped make their day better. She cooked delicious food, and baked, and made her own amazing chocolates. She loved being silly. She planned elaborate trips for me and my friends on multiple occasions to visit her in NYC. We laughed a lot. We had deep conversations. 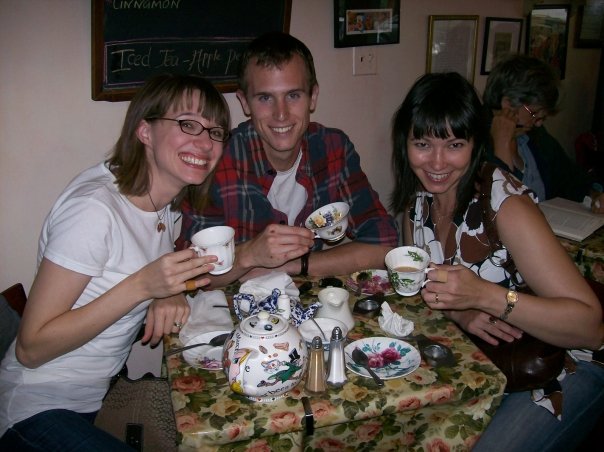 I, like many others, had no idea my aunt was chronically depressed.

But there it is, on the pages of her journals. She wondered what was wrong with her, why she was always so tired. She thought cruel things about herself and her self-worth. More than once, she considered ending her life. 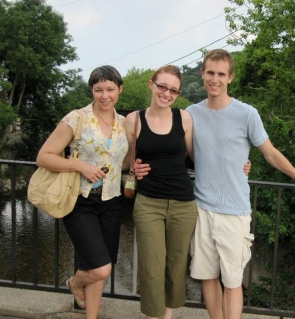 And no one knew she was depressed. Not even herself.

I haven’t read a page yet where she connected her struggles to depression. She wanted to snap herself out of it, she felt like she was watching her life go by, she was really, really sad a lot of the time and thought it was because something was intrinsically wrong with her. But, except for to a very few people on extreme occasions, she put on a smile and lit up the room.

I’ve journaled in the past, on and off, but particularly when I’ve been going through a struggle. When I look back on my journals during those difficult times, I am struck by how similar her journals sound to mine. Like, eerily similar.

And it’s hard not to wonder what the difference was, that I came out of it okay and Neen lost her life. Was it that I identified it as depression? That I had someone close to me who saw the problem? But I isolated myself and put a happy face on plenty, too. Was it that my depression was more situational/hormonal, and hadn’t been following me for decades? That I had years of relief between relatively short depressive seasons and for her it was relentless?

In the end, for my aunt, we know it was the perfect storm of trauma on a terrible, awful night. All the wrong pieces came together in the absolute worst possible way, and she was left without hope.

In light of this, or, perhaps to try and make some sense of it, I’m going to briefly describe my own experiences with depression in the hopes to shed some light on the variety of faces depression can take. No matter how many pages of journal I read, I will never have all the answers about why my aunt didn’t survive her depression. But I can work to understand my own experiences, and be a voice that breaks the silence.

In my adult life, I have had three seasons of depression. As mentioned above, mine have been either circumstantial or hormonal/body chemistry related. Here is a summary of what those seasons looked like form me.

1- Between the ages of 20 and 21, I worked at a small company in a small office with three men. The owner of the company was also a man, and the only woman I interacted with there was his wife. The three men who worked in the office asked me inappropriate questions about intimate things, and joked about inappropriate sexual things while I was working, or eating lunch with them, or whenever.

I scheduled a meeting with the boss and his wife to share that the work environment had gotten uncomfortable for me. They listened intently and I left that meeting believing I now had some advocates on my side.

The next time I went to work, the men apologized. But only days later, I got a call from the wife of the boss telling me I was being let go.

The quality of my work hadn’t changed, and the company was pretty busy, which was why they had hired me as extra help. The only thing that had changed was I spoke up about their inappropriate sexual comments at work.

After that, I suffered low moods, some hopelessness, and feelings of being helpless. Within a couple of months, my life had moved onto other things, and there was much in my life that was going well, and the depression subsided on its own.

2- After giving birth to my children, I had mild to severe postpartum depression, and it was a bit different with each child. It varied from low mood and pervasive sadness after Felicity was born, to very, very scary thoughts of self-harm after August was born. I felt like I was watching my life through a pane of glass and couldn’t get in. I didn’t think I was good for my children. I thought the world would be better without me.

After we diagnosed the postpartum depression, I took Zoloft for approximately 6 months in combination with therapy, and reading books about postpartum. I followed all the directions for how to take care of myself and I began noticing an improvement after I had been on the medication for 2-4 weeks. Things started feeling better, I was able to smile and enjoy my children again, and I knew I would be okay. I wrote in detail about my experience with postpartum depression and anxiety here.

3- Three years ago, a woman broke into my home while I was alone with our then two children. I was on the phone with 911 for just under 6 minutes before they arrived, hiding in an upstairs bedroom as I watched this person peep around my backyard and ultimately gain entry. When they police came, she was in my kitchen. To this day I don’t know what her intentions were, but I do know that I was home alone with my young kids, without any means of defending myself while someone who was drunk, or high, or both was in my house.

After that happened, I exhibited many symptoms of PTSD. Functioning at work became difficult. Seeing an unfamiliar face in my neighborhood caused a panic. Unexpected loud noises did the same. I slept better once we installed a home security system.

I ended up having to leave a job that was highly-stressful even when I was functioning at 100%. It was hard to leave. I felt like I was letting a lot of people down, and that didn’t help. My thoughts, for a time, grew dark and scary. We were going to buy a gun for home protection. I told my husband not to. I was worried about myself with a weapon like that in my home.

As weeks and months passed from the traumatic event, my depressive symptoms again subsided. Besides that very unique traumatic incident that I couldn’t have controlled, our life was in a very good place. I was able to weather the storm of acute stress probably in part because of that. But, having experienced scary depression prior with the postpartum issues, it was a very unwelcome return to that place for even a relatively short time.

Writing a lot of that feels very weird now, because I am in such a different mental space now, and in general. I’m not someone who struggles with chronic depression, but I have struggled at different times, and in different ways each of those times.

But I am so thankful I survived, because it wasn’t a guarantee. And I now understand what depression is, so even when something happens that is triggering, I can label what is happening and I know where to reach out for help if I need it.

And I wonder how many people could be saved by having access to tools to help them identify what is happening?

It’s been hard not to play the what-if game with Jeannine.

What if she had understood that her depression wasn’t something innately wrong with her as a person?

What if she had been able to put a name to all the things she was feeling and was able to get help?

What if she had taken an anti-depressant?

What if people just simply talked about it more so she would have had a chance to recognize the overlap between others’ experiences and her own?

For those of us who have suffered a suicide loss, we walk this earth wounded every day.

I did keep some of her personal belongings, and they now sit in my home. I am thankful to be able to remember her with those items, but I often think how they don’t belong here. They belong with her, in her apartment, with her there to look at them each day.

I’ve also been appointed the personal representative of her estate. There are a lot of things to do with that. Legal things, tax things, things that remind me daily how I wish things had turned out different. I even play out different scenarios in my head while driving or sitting after the house has gone quiet late at night. I imagine what would have happened if I had seen her deactivate her Facebook page the minute she did it and called to check in. If she had answered her phone. If there could have been a different ending to this story.

Jeannine walked wounded every day, too. It’s there, plain as day on the pages of her journals. And so many of us here also walk wounded because of depression.

It’s so important to break the silence. Breaking the silence is a way to start a conversation, to end stigma, to open up avenues of support. And maybe, a way to save a life.